What is The Apprenticeship Levy?: An Idiot’s Guide

Blog Candidate Quality What is The Apprenticeship Levy?: An Idiot’s Guide 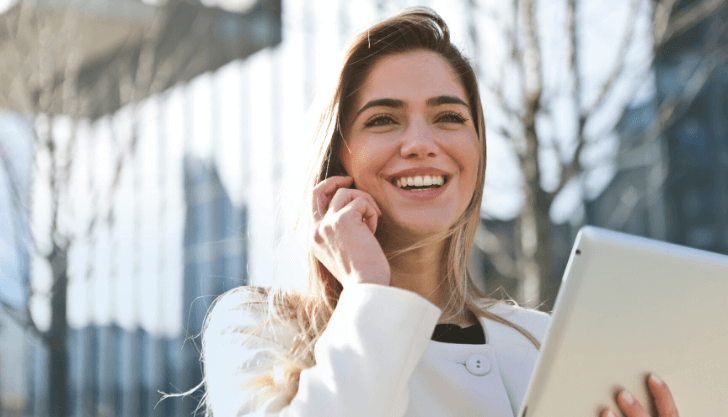 What is the apprenticeship levy? How will it affect existing employees and businesses? This is a simple guide to answer these questions and more.

Since 2007 and the start of the last major recession, the government has seen significant increases in unemployment within the ‘out of education’ demographic. These are people leaving school, college and university.

The government have been continually looking at ways to address this issue. Unlike other unemployed categories, this demographic presents a social issue, and has the potential to impact an entire generation, and they recognise that this could have a social impact for many years to come.

Previous government-backed schemes have either failed or been abused, so the apprenticeship programme has become the flagbearer for addressing and solving this challenge.

For the last few years, the Apprenticeship programmes have been voluntary, with the government supporting them through commercial incentives and subsidising training and salaries. The support that was available through the old programme was more commercially significant for 16-20-year-olds than it was for 20-24-year-olds, which is the age at which it was originally capped.

What is The Apprenticeship Levy? 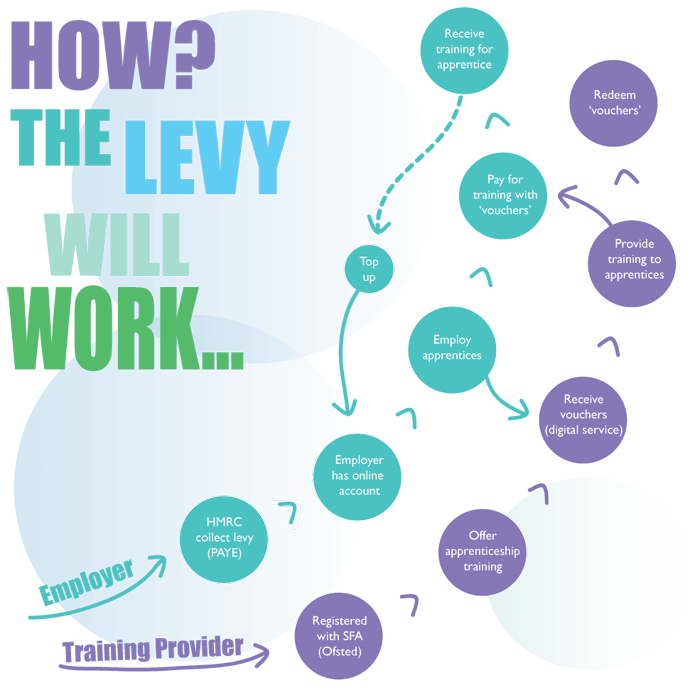 Under the new apprenticeship programme, there will be no age restrictions and apprenticeships will be available for existing employees too.

However, last year the government decided that contributing to this programme should become compulsory for many large companies, who should shoulder the responsibility for ensuring that young people coming out of education should be given real-life work experience in order to help them get a step onto the employment ladder.

When this was first proposed there was some significant resistance both in parliament and amongst the business community, and so it was amended to include any age group and even existing employees.

Who is the The Apprenticeship Levy Aimed at?

For all employers operating in the UK, the levy has been set at 0.5% of all company’s pay bill (payable through PAYE alongside income tax and NI) – but it only applies to those whose wage bill is greater than £3 million pa (this according to government estimates, affects less than 3% of UK business).

To fall under the requirement of the levy, an organisation’s pay bill is defined as the total earnings of all its employees. It does not include other payments, like benefits in kind. UK Government figures suggest around 3% of employers will have to pay the levy.

The government’s own research calculated the value of the levy at over £3billion p/a, and even with the provision for businesses to claw this back through apprenticeship training programmes that it is designed to encourage, the worst-case scenario for the government still looks like there will be a minimum of £1billion in unclaimed training grants each year from the levy. This is money that the government has already allocated or spent, so don’t expect too many changes on this anytime soon.

So as part of this overhaul, the government released the apprenticeship frameworks for the courses it would cover. The previous apprenticeship programmes were designed to run for 12 months and could be completed in many cases within 9 months.

In its ultimate wisdom, the new programmes have been designed to run over 2 years, and also most of the core apprenticeship frameworks have been rejected by the government’s own industry representatives as not fit for purpose. This was all back in 2016 and since then a new team of business representatives (between 10-15 major employers from each industry sector, referred to as ‘Trailblazers’) have been tasked with making the frameworks fit for purpose.

Keep in mind that one of the biggest challenges the previous apprenticeship program had was retaining the people joining the program for the full term of the apprenticeship. The statistics for the 16-20-year-old category are pretty appalling, so by extending the term of the program, it is likely to add to this challenge even further.

There have also been delays in getting these new frameworks completed and delivered back to the government on time, and the Jan 17 deadline was missed by most categories. There are more than 200 core frameworks that have still not been approved and are unlikely to be ready until Q4 2017. We estimate that around 30% of all apprenticeship frameworks have been affected. These include key subjects such as sales, support, service, maintenance, engineering etc.

Other Changes to the Apprenticeship Programme

Another significant change to the programme is the way that the programmes operate and are funded. Previously you could contact an approved training provider and they would do everything for you. Source potentially suitable applicants, train them and assess them. They would even source the funding for you. 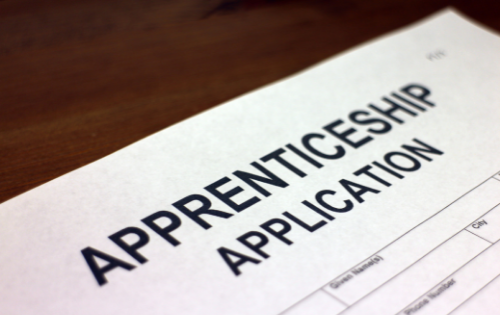 Now the employer has to source the funding themselves and the funding can only be used towards the training and assessment aspects. The training provider and the assessors must not be connected in any way that might cause a conflict of interest and the recruitment of prospective candidates must not be funded via the programme. The government is being quite strict on this point, as they fear it is open to potential abuse and have stated that if companies are found out to be hiding the recruitment costs within the training costs, companies risk having all their allowance removed and significant fines being imposed.

This means that businesses potentially need to deal with 3 separate providers: Recruitment, Training and Assessment.

It’s all a bit of a mess and is a typical government program that is rushed through without proper due diligence despite good intentions.

This is just one of the many areas that could create recruitment challenges for businesses. Luckily, there are others you have more control over and can address today. Download our eBook The 8 Biggest Recruitment Challenges to find out how! 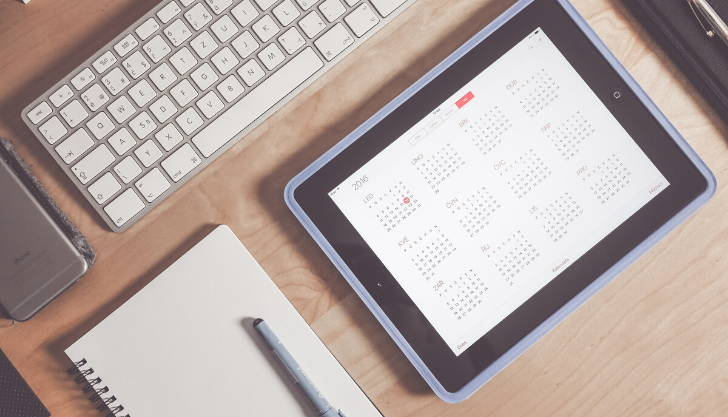 The Top 10 Recruitment Tools You Need to Succeed

Follow our guide to the Top 10 most effective recruitment tools you can use within your business.