Are You Too Old? Overcoming Ageism At Work

Blog Candidate Quality Are You Too Old? Overcoming Ageism At Work 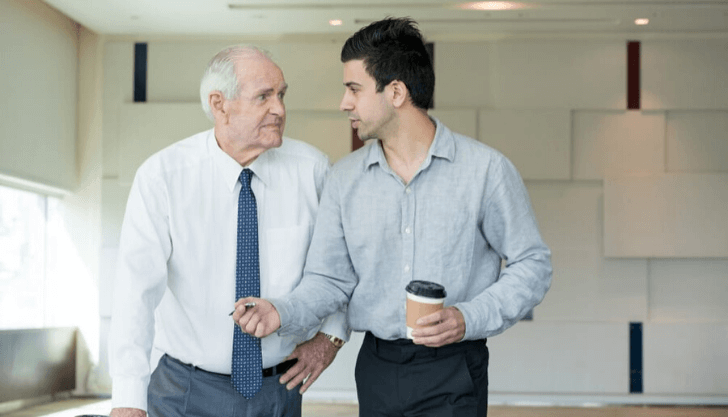 When you think of a typical tech worker, what mental image comes into your head? If the image was of a man in his late 20s, wearing designer clothes, trainers, and maybe goofing about playing ping-pong or snooker on his lunch break — then you might have just experienced a subconscious nod to ageism.

At the same time, you can be forgiven. Because this mental picture is also largely correct. Most tech workers really are that young. In fact, they are even younger. Apart from Google’s average working force at the ripe old age of 30. Other tech giants have demographics with median ages as young as 27, 28 and 29 years of age (that is AOL, Facebook and LinkedIn respectively).

So, why do tech companies only seem to favour the very young?

Ageism as a narrative

The tech companies have long been suspected of ageism. But the truth is this discrimination isn’t so much of a suspicion as it is an overt mentality. As the founder of Facebook, Mark Zuckerberg put it so succinctly back in 2007: “young people are just smarter”.

The overarching philosophy among tech companies appears to be that millennials are the cultural epicentre for Big Tech. Ageist discrimination is, according to Gareth Jones, the CEO of the UK-based tech company Headstart, even worse when it comes to the computer coding side of things. For some reason, ageism flies under the discrimination radar. The reason the sort of ageing culture described here is allowed to persist is, is because it just doesn’t seem as sensitive of an issue next to other discriminations — such as those to do with gender and race.

The apparent ubiquitous nature of ageism in our tech culture — and our wider working culture at large — has even prompted the director of operations at Age Diversity Forum, Paul Owen, to refer to it as “the biggest area of bias [today] receiving the lowest level of attention”.

Ageism as a ticking time-bomb

Ageism might be pervasive, but it cannot last forever. It is an unsustainable discrimination. The reason being is that our society is ageing. In order to remain functional, Big Tech will not only have to open its doors to older employees, it will also have to fight to retain them.

The UK government’s own figures predict that by 2025 a third of the workforce will be 50 years or older. By the end of the decade, they will actually be the largest demographic. In some areas, we can already see the ageing demographic creeping up. For example, the average age for workers in mining and quarrying is a few decimal points shy of 45 years old. While the median age for a UK engineer, in general, is 42.

Fortunately, some businesses are starting to get wise of the impending tsunami of older workers. They are reconsidering age-old preconceptions about what it means to be young and old in a place of work. In a sobering series of surveys, the company Aviva discovered that about half of its 60-years-and-older employees did not want to retire. They only considered retiring because they felt pressured to do so, due to their age. On top of that, nearly 40 per cent reported ageism to be a real barrier to progress.

But there was some good news. In fact, the most interesting statistic the Aviva surveys picked up was this one: that people in their 60s generally appear more motivated at work than their 40 and 50-year-old counterparts.

Ageism and the “missing million” workforce

New studies, like the Aviva surveys with their surprising conclusions, are helping to open new doors on how we look at the bigger picture. Of how society, age, and work all interact with one another. An important cultural shift occurred in 2017 with the government’s “Fuller Working Lives” report from the Department for Work and Pensions.

In the report, it was recognised that nearly a million unemployed over-50-year-olds would be keen on returning to work if the right support mechanisms were in place. That is, a standing army of a million people ready to fill skills shortages and bring invaluable corporate memory with them back into the economy. “Corporate Memory” being a buzzword for the lifetime of knowledge that older workers no doubt have.

This “missing million” might even be a necessary lifeline for some sectors. For example, the UK engineering sector has been haemorrhaging employees for over four years and is facing a steep recruitment crisis.

The recruitment crisis might explain why some engineering companies are already one step ahead of the game. They have actively changed their working hours and recruitment policies to attract veteran employees.

One example is Tideway, the company currently building a ‘Super Sewer’ under the Thames River in London. Tideway established a so-called ‘Returner’ programme back in 2015, that allows over-55s to transition slowly back into work. Another example can be found with the company Landmarc, which sources a quarter of all its labour from over-55s. It mostly recruits former military workers who already have a good knowledge of engineering. Both Landmarc and Tideway utilise flexible hours and transition phases to draw in the older crowds.

Another, more universal option, might be to bring in what’s known as a “Midlife MOT”. This phrase has its origins as a seemingly unremarkable comment — with barely a paragraph of its own — in the government’s Independent Review Of The State Pension Age report of 2017. A Midlife MOT basically gives over-45s a mixture of face-to-face consultations, lectures, access to e-learning tools, and even financial advice to prepare them for the next career-phase of life.

When Aviva introduced the Midlife MOT to its own staff, it was an enormous success with a 94 per cent enrolment rate. The enthusiasm here speaks volumes. It suggests that ageing workers really are looking for support to help orientate themselves for better working prospects.

Other strategies involve further challenging our preconceptions. At the beginning of this article, you were asked to think of a typical tech worker. Now think of a typical apprentice. The chances are, you thought of someone barely out of school. But actually, most apprentices tend to be a fair bit older. Over 40 per cent of them are 25 years or older, for example. It is now becoming more common for apprentices to be in their 50s or 60s. In fact, learning as an apprentice can be a great opportunity for an older worker as they start to ease their transition out of full-time work. Allowing them to learn new skills in other or similar job roles.

Finally, we should learn to avoid certain buzzwords that are ageist in nature. Sometimes without us even realising it. Terms such as “recent graduate” or “digital native” in job descriptions, for example. They are essentially a way of saying if you are old don’t bother, we haven’t even thought about you.

Like all societal struggles for change, confining ageism to the history books will not be easy. It also won’t disappear overnight. But by educating ourselves to the challenge, spreading the message to others, and showing our support and encouraging strategies like those listed above, ageism will be undone quicker than we might realise.

This article was written by Neil Wright, a writer and researcher for RJ Lifts, an lift engineering and maintenance company located in Stoke-on-Trent, UK. 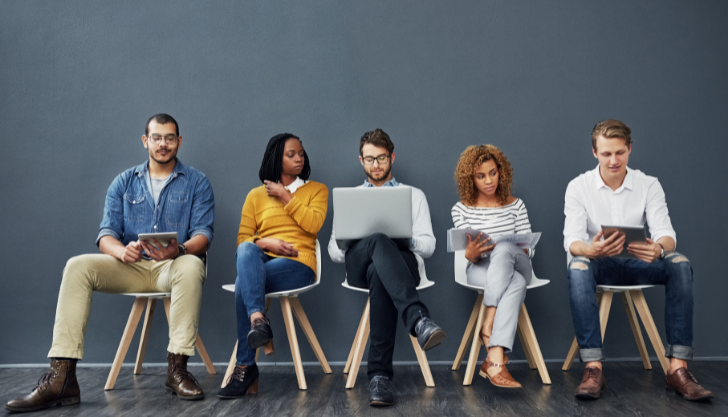 Poor hiring decisions can have a huge negative impact on your business. Behavioural assessments can help avoid this and make better hires!