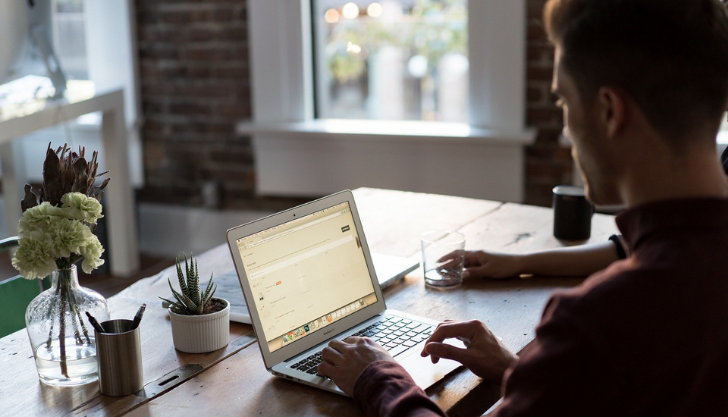 False job advertisements have continued to rise amid the pandemic, with fraudsters attempting to take advantage of jobseekers desperately seeking work.

According to Metro, investigators have cited that these fraudsters have been ‘very quick’ to adapt during the crisis, and as such have posted fake job adverts to target those most vulnerable for opportunities.

SAFERjobs, a UK Government-backed charity working with police and industry, also recently shared that it has witnessed a 66% rise in fake jobs during lockdown, indicating that these con artists are successfully scamming individuals.

One jobseeker who was targeted was Steve Luetchford who applied for an HR assistant role. After receiving a promising response from whom he believed was a recruiter, Luetchford started to question the intentions of the ‘employer’ when details about the job were limited and questions were left unanswered.

During a Zoom interview that he recorded, Luetchford was told that he would need to pay £280 for accreditation before his application could continue. In a follow-up phone call from a man called Robert, which he also recorded, the job seeker was again told that he would need to pay the fee in order to get the job, with Robert questioning what the delay was in him sending the money.

When Luetchford resisted and suggested to meet up at a police station, Robert’s manner turned aggressive as he can be heard saying: “‘I don’t care about no f***ing police, man. There’s nothing police can do to me. I don’t care about the cops. Who do you think the cops are? The cops are easier to deal with than you. You’re the only one who has tried this approach. The company is registered, it’s ready to go, there’s nothing unusual about this arrangement.”

Since the videos emerged, jobs site Indeed has stated it will investigate Centric Solutions Staffing Systems and Hire Works Staffing, whose adverts appeared on its site.

“It’s important that people know about this. It’s not the time for people to be losing money,” Luetchford added.

A Spokesperson for Indeed stated: “Our 24/7 Search Quality team has developed a clear set of signals to automatically identify and remove poor quality sites or posts. The vast majority of companies whose jobs appear on Indeed provide quality job content for fair and verifiable opportunities.

“It shouldn’t cost job seekers money to apply for a job and background checks are usually paid for by employers. We encourage jobseekers to report these types of advertisements to us,” it added.

How to identify a fake listing

Speaking to HR Grapevine, Keith Rosser, Chair at SAFERjobs, shared his concerns that fake jobs will likely continue, as more and more employees lose their jobs as a result of the pandemic.

He explained: “The current pandemic has amplified this issue by creating a scenario where more people are desperate for work. The rise in the number of people looking for work in the UK, combined with the ease in advertising fake jobs online, means the issue will only continue to grow. In partnership with the Metropolitan Police and UK GOV, SAFERjobs are calling for online recruiters, platforms, and apps to do more to protect job seekers.”

Rosser also shared some key signs jobseekers should look out for when applying for a new job including:

“It is terrible that fraudsters are taking advantage of the desperation caused by the pandemic and it is time for the online recruitment, platform, and app community to do more to protect UK jobseekers,” Rosser concluded.