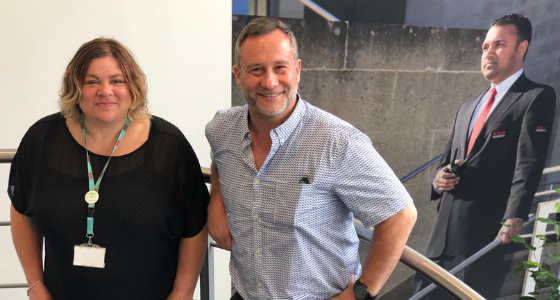 Before working with us, Securitas had a very high applicant drop-off rate, and no centralised recruitment system, creating issues internally and for the candidate experience. Using the Smart Recruit Online talent acquisition platform, Securitas were able to attract a higher number of quality applicants, make hires quickly, and improve key metrics.

Securitas are one of the biggest security providers in the UK, employing over 10,000 people. On a global scale, the company employs over 370,000 employees across 58 different countries, including North America, Europe, and Australia.

“SRO delivered the system on the due date against the odds, responded quickly and effectively to our objectives, and implemented custom changes to the system to deliver our bespoke requirements. The combined launch of SRO, along with an update of the Securitas careers page, and an integration with our 3rd party screening provider all went very smoothly.”

Before working with Smart Recruit Online

Before working with us, Securitas had a very high applicant drop-off rate – from over 18,000 applications a year, only 6,000 completed the application process. This meant that the quantity and the quality of applications were not meeting demands internally, so jobs remained unfilled for long periods.

The systems they had to support the recruitment process were also not working harmoniously. With no centralised recruitment solution, hiring managers were all using different recruitment methods, which didn’t suit the best needs of the business.

Securitas set out with these key objectives:

Securitas have offices across the UK, with staff working different shift patterns, so the vast majority of the training was done via screen shares over a number of different sessions.

This ensured that as many of the staff could be accommodated as possible. Those who were unable to join a screen share were able to watch the live recording.

After working with Smart Recruit Online

Smart Recruit Online has worked with Securitas since late 2018. In the short time that we have worked together, we have had a huge impact on their recruitment process.

Increase in quantity and quality of applications

Securitas is now attracting higher calibre applicants for all jobs. They recruit for more than 80 different job titles, and although the majority are for security roles, they also recruit head office positions i.e. Finance, IT, Sales, Marketing, HSE, Operations, Customer Support, and Project Management.

Sarah told us: “Interestingly, the media network offered by SRO did not look significantly different from our previous supplier. Yet we are now attracting around 100-thousand applicants a year, the drop off rate has reduced significantly, and we are achieving close to a ten-fold increase in applications. Smart Recruit Online suggested this was possible, and naturally we were very sceptical, however, the reality has surpassed our expectations.

The improved user and candidate experience has resulted in a huge reduction in candidate drop off. Securitas have found it very easy to manage candidate communications, as all of the forms, emails and SMS templates can be set up in advance.

Sarah Hayes commented, “Smart Recruit Online have been very agile, and responded to customisation requests to evolve the system in line with our requests. The system makes recruitment much easier and is far less time consuming; more jobs are being filled in far less time!”

Securitas recently won a contract to provide security for a major UK venue. They had a very short lead time (under 4 weeks) to get over 400 roles filled. By working together, we managed to achieve this a few days ahead of schedule, at an average cost of under £8 per hire.

“SRO’s expertise and ongoing support in developing process improvements, whilst delivering new and improved features has been commendable. They are very open to making changes and improvements to the system that benefit both parties – we are working together in a true partnership.”

To find out how Smart Recruit Online can enhance your recruitment process, book a demo with us today.

For up to date recruitment news and exclusive content.