Top tip to increase applications by more than 10% 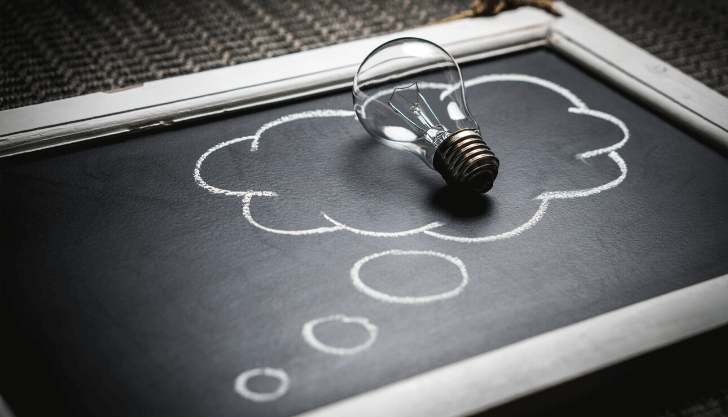 Sometimes it’s just the little things that can make a significant difference and this top tip is definitely one of those. When this tactic was first suggested to me well over a year ago, it seemed to make sense and I kind of liked the idea of doing it anyway.

However, my naturally inquisitive nature wanted to establish, not only that it genuinely worked, but by how much and why?

So what is this top tip to increase applications?

Quite simply, it is to include a question in the opening paragraph of your job advert.

And if I told you that this tactic, when done well, consistently generates more than 10%more applications for us, you will probably want to understand how we worked that out and why it happens?

Testing this theory was relatively easy. We re-posted a high number of advertising campaigns that had been run several times previously and then measured the average number of applications from both sets of adverts. On other occasions we ran two adverts concurrently; one with and one without the question at the start. Consistently, those job adverts that had a question in the first paragraph outperformed the other, but for the rare exception. (And we could usually come up with a valid explanation for these anomalies)

However, there was enough consistency that we knew we were onto something. I brought this topic up in a conversation with someone I know well, who was, in a previous life a senior psychology lecturer at Loughborough University and we debated this topic from a behavioural perspective and I would like to share with you, a summary of the conclusions that we reached, that I believe go a long way towards explaining these outcomes we have generated.

Firstly we need to establish a couple of important statistics that are relevant factors in supporting our synopsis.

According to Google, there are between 9 and 11 million unique job related searches done every month.

Why is this relevant?

Well from our own studies in this area we know that between 60-70% of all people searching online are categorised as semi passive (Definition of semi passive: In employment and only passively interested in finding a new position) and 23% of this semi passive demographic indicated that they were actually no longer looking at all within just 2 weeks of running their search in Google.

We can deduce from this that these people were not actually ‘committed’ to finding a new job and their actions could probably be described as ‘semi interested to take a look at what out there’ and may or may not be tempted into actually making an application unless they came across something that specifically ticked all their metaphorical boxes.

I think that we can all accept that there is a sizeable proportion of the online demographic that falls into this category and due to the way that we operate and behave online (running random Google searches), this is probably more common practice than many employers care to accept.

Two points I would like to highlight on this:

– Firstly it is great from a recruitment perspective that so many people are looking around at jobs online and this creates a fantastic opportunity for us to get our job adverts in front of those people, and generate applications.

– My second point, however, is to highlight that the nature of how these people search and the low level of commitment that most people demonstrate means that you will really need to get your online advertising tactics right, in order to generate more applications.

The psychology lecturer made an unqualified, yet educated prognosis about these passive searches that might just explain this phenomenon of why application rates increase when we place a question at the start of a job advert.

She explained to me that a large percentage of these candidates were doing something that they did not have a high level of personal commitment to and subsequently they had lower levels of engagement when reading the job descriptions.

As these candidates were less engaged in what they were reading, they were probably performing this task using the right hand side of the brain. This is the part of the brain that is responsible for interpreting visual imagery and making sense of what they see. This tends to be more reactive than the left hand side of the brain, which is responsible for interpreting language and for pulling through memory.

By default, most of us operate using the right side of the brain in day to day tasks until situations occur that require us to switch to the left brain to pull through stored information that is based on logic and memory.

So the prognosis here is that a reasonable number of people viewing jobs online are not fully engaged and therefore do not connect with job offer being presented.

However, by using a question at the start of the job advert we force the candidate to switch over to the left hand brain in order to contemplate and answer the question and thus change the level of engagement, drawing the person deeper into the offer that a job advert presents, promoting an increase in applications.

The depth and relevance of the question presented will play an important role in achieving this. So simply by asking ‘are you looking for a new job?’ would be unlikely to generate the desired effect. However, by using a question that asks ‘are you frustrated by your current job’s lack of variety and personal fulfilment?’ might resonate with someone that this applies to and draw them deeper into your offering.

We have found that the questions need to be adapted to the type of role being advertised too. Aligning the questions so that they relate to a higher percentage of the target audience is a major factor. For example, salespeople are more likely to be stimulated by a question that relates to opportunities to make more money, while technical roles will have a greater impact if the questions appeal to more creative opportunity.

One final point on this. I would be willing to bet my house that this technique will not work alone without a well written job advert to support it, because after all the applicant still needs to believe that your job sounds better than the one that they currently have if they are going to hit that ‘apply’ button.

Connect with Mark Stephens on LinkedIn

To book a demo with us and learn more about what our technology can do for your business, click here.

Mark has worked in and researched the HR & Recruitment landscape for over 10 years. He is a serial entrepreneur, previous winner of the prestigious Chambers - Innovation in Business award, and founder of Smart Recruit Online Ltd, CareersPage Ltd, The HR Resource Library and Corporate Wellness & Mental Health UK Ltd. Smart Recruit Online is the winner of 7 national and international awards for recruitment innovation.

Wording in Your Job Advert and Discrimination